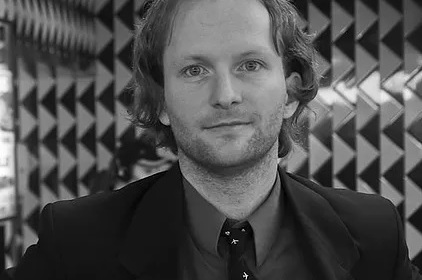 Humans are paragons of evolutionary success having conquered the world that once oppressed us. But why must we still enforce morality in this conquered world? We have left our huts and hunting parties, so why must we still feel indignant and dishonoured in response to the slights of anonymous peers as we shuffle between skyscrapers to our immoral occupations from our bountiful homes? Our lives are different now: why do we need the idols and relics of our old habitats? This is the question that Nicholas Smyth raises. Let us call this the discontinuity objection to moral functionalism. Where moral functionalism seeks to thread together the genealogy of morality with the present state of moral behaviour, Smyth seeks to show why that thread will always eventually fray and break as the conditions that explain both stretch and pull away from one another.

The discontinuity objection gets its force from the complexity of functional explanation, a matter to which few moral functionalists pay serious heed. Smyth begins by articulating what functions are and what they require. His main concern here is the etiology of some functional object. If some object A does x, we know that x is the function of A because of A’s etiology. That is, A exists because it did x reliably in the past and x is an effect that was selected for. Unlike Larry Wright, however, Smyth doesn’t want to say that this is all there is to functions for fear of falling prey to easy objections. Functions also have normative and dispositional dimensions that must be accounted for. Despite this, Smyth asserts a decisively Wrightian claim. “[N]othing,” he says, “has an intrinsic function,” which is to say “a role that it plays irrespective of the properties of [the] larger system of which it is a part.” (Smyth, 1132) Instead, the function of an object rests upon conditions extrinsic to the object itself. These Smyth calls enabling conditions.

A chair has a function depending upon the enabling conditions that are met in its environment. In normal conditions, a chair functions to support people’s bottoms. A broken chair, however, loses this function because it cannot perform it. This difference between the normal and broken chair represents a lack of continuity: the enabling conditions present in the case of the normal chair aren’t present for the broken chair. Were I to stack books on a chair, it would likewise lose its function not because it cannot support people’s bottoms any longer but because the system of which the chair is a part no longer demands that it support bottoms. Instead, it demands that the chair support books, becoming a rather ineffective and awkward bookshelf. This too is a loss of continuity. Of course, we ordinarily reject this kind of thought. A chair is a chair. If it is used to hold books, this is a deviation from its function. But if the chair has no intrinsic function, the function literally does change as its use changes. Non-intrinsic functions concern what objects do, and not what they are. Hence any etiology need only concern some explanation of what objects do. And if any such explanation can be given for some difference in action, continuity fails to obtain.

To his credit, Smyth seems to recognise how radical and implausible this view might seem and attempts to walk it back: “failure of continuity does not entail the loss of a function, but it does decisively weaken . . . the functional-genealogical inference.” (Smyth, 1134) This is a fine line to walk. Functions are individuated by their etiology, which typically takes the form of a functional-genealogical inference. So what Smyth is arguing here isn’t that the chair has lost its function when it is used to hold a stack of books. He is arguing only that we can’t know that a chair holding a stack of books is actually for supporting bottoms. For the orthodox philosophers of science for whom what is can be reduced to what can be known or explained, this is a distinction without a difference. The interruption of the functional-genealogical inference just is the loss of the function. But let us be kind to Smyth here, for there is a much greater problem to which we must attend: the possibility of functional plurality.

We typically think that chairs have only one function. They are functionally unitary. Chairs may be able to hold stacks of books or allow us to stand upon them to reach high shelves, but these capacities are accidental to the chair’s singular function of supporting people’s bottoms. In the natural world, however, functional unity is the exception, not the rule. The parts of living things are complicated and interrelated. Consider Smyth’s own example of polar bear fur. Suppose a population of polar bears were relocated to the Amazon rain forest. In the rain forest, their white fur clearly can’t serve as camouflage. Yet suppose also that this population of polar bears retains its white fur for a hundred generations. By that time, we need some other explanation for the bears’ fur colour than that it’s camouflage. Smyth’s point here is that after a hundred generations, the camouflage function of the polar bears’ fur cannot reasonably explain its persistence. Instead, their fur has gained some other function that does reasonably explain its persistence in the much darker and greener environment. If polar bears’ fur has only this one function, Smyth’s analysis is correct. But it does not and cannot have only one function. Biological traits are elements of complex biological systems and therefore interact with any number of other elements. In each interaction, a trait will have a unique function determined by an independently successful etiology at the level of development, gene transcription, or what have you.

So the polar bear may lose out on one enabling condition, the white snow of the Arctic, but there remain uncountably many other enabling conditions that explain the persistence of the polar bears’ white fur. As such, while the fur may no longer be able to express one function, there is no explanatory gap that arises necessarily from that loss. This remains especially true in the case of human morality. Human societies may be large and wealthy today, but humans still persist within relatively small social circles and compete amongst each other for finite resources. And in this we must remember that morality evolved in the context of competition for status in addition to and much more than mere resources. So we have lost some fairly central enabling conditions for morality, but we retain even more fundamental enabling conditions. And this is not even to mention whatever genetic or developmental processes morality might impact at the cellular or system levels. Smyth’s discontinuity objection is therefore not sufficiently sensitive to address moral functionalism. At best, he can say that some of the many functions of human morality remain unexpressed in modern human societies. This is a fairly uncontroversial opinion.

We should not, however, merely dismiss Smyth’s contribution in this way. The discontinuity objection at its introduction looks like an impressive coup de grace of moral functionalism. And in truth, it is an incredibly powerful objection to the accounts of most moral functionalists. Smyth has merely mistaken what it is about functions that typically grants them their explanatory force. That thing is narrativity. The structure, use, and validity of narrative explanation are serially underexplored in the philosophy of science, but it is nearly ubiquitous when it comes to ascriptions of functions. And it is this that is problematic.

When we describe the etiology of a given function, we do so by telling a story. In the case of the polar bear, the brown bear migrated north and discovered seals and other fairly nimble swimming prey. Catching these animals was difficult, and many bears failed to find sufficient food. This halted brown bear migration into the north. However, at some point, some bears began to display a white colouration. This colouration allowed the bears to escape the notice of the seals, and hence they were more proficient at catching them. This success allowed bears to survive and reproduce in the Arctic, and hence we have polar bears as they exist today. In this story, the bears’ white fur becomes a character distinct from the bears themselves. And more than that, it becomes the hero that swoops in to save the day for the starving brown bears. But in this narrative, the details surrounding the hero are obscured. Where does it come from? How does it have this power? Who really is White Fur?

And here we have a jump cut. The bears are introduced to the Amazon, accompanied by our hero. But the change in perspective reveals something to us. White Fur had no power of its own. It has the power of camouflage only in the presence of the ice and snow of the Arctic. Without that ice and snow, we might then expect the demise of White Fur. But no: after a hundred generations, our hero remains. But Nature writes nothing badly. For White Fur to remain relevant in the story, it must have discovered some other power, one better suited to the demands of the Amazon. That is, the function of the bears’ white fur has changed.

As an objection to typical accounts of moral functionalism, discontinuity of this sort is powerful. The weaknesses of the hero in our own story, Morality, have been shown to us by our own jump cut. The narrative must change, and in so doing, the function must change with it or perish. This is an eventuality that standard accounts of moral functionalism simply can’t admit. But beyond this, we are made aware of the deficits of narrative as a form of explanation. Details are forgotten because nature isn’t linear. We don’t really know where Morality came from. We only know that it one day swooped in and saved the day. But Morality has a source, a body that we can examine for its strengths and weaknesses. It has friends and family. It has enemies and obstacles. It has fears and curiosities. But an itemised list of all of these is irrelevant for the sort of narrative employed by those who seek to vindicate Morality as the hero of our story. And all of this comes from this singular commitment: that Nature writes nothing badly. But in truth, Nature neither writes anything well. Nature does not write. But this means nothing about the functions of traits. It means only that our justifications for these functions are in need of revision. This is the importance of the discontinuity objection. If we are to maintain moral functionalism, or any sort of functionalism, the etiologies to which we appeal must attend to the minutia, to the gritty details that situate a trait within its multifaceted biological systems.

This site uses Akismet to reduce spam. Learn how your comment data is processed.

Towards an Anaesthetic of Fascism

Nonsense and The Fight for a Transparent Political Rhetoric